เรียนภาษาไทย-ติวO-NETสังคม : Famous Quotes from the Top 24 Christmas Movies of All Time

Famous Quotes from the Top 24 Christmas Movies of All Time
After a busy day of preparing Christmas sweets and decorating our house, watching Christmas movies with our family is what we love to do! Here's a list of quotes from the best Christmas movies that will make you nostalgic and get you into the jingle-jangle-jolly-molly-holiday mood!
Advertisement
'Let's just say that on this day, a million years ago, a dude was born who most of us think was magic. But others don't, and that's cool. But we're probably right. Amen.'- Homer Simpson (The Simpsons)It's December, the month of happiness and celebration! As we enter this month the only thought that comes to our mind is the Big Day, and the merriment it brings along with it! It's a time to relax and enjoy getting together with our family, a time to laugh and a time to play, a time to pray and a time to share our blessedness with our friends. The time to be happy in now!While we are busy preparing for this day, writing cards, selecting presents, getting decorations for the Christmas tree, making cakes and sweets, painting houses, at the end of the day we are tired and just want to relax slipping into our most comfortable and warm clothes, getting cozy inside the quilt, watching Christmas movies! We want to do all of it in this month, 'coz we just can't get enough of it! Watching the same lot of Christmas movies every year doesn't make it boring, but brings back a lot of memories. Remembering few of our favorite movie quotes that cover all the genres, be it funny, classic, love or holiday movies, let's get ourselves into that jolly mood once again, 'coz soon it will be Christmas time!

"And the Grinch, with his Grinch-feet ice cold in the snow, stood puzzling and puzzling, how could it be so? It came without ribbons. It came without tags. It came without packages, boxes or bags. And he puzzled and puzzled 'till his puzzler was sore. Then the Grinch thought of something he hadn't before. What if Christmas, he thought, doesn't come from a store. What if Christmas, perhaps, means a little bit more."- Dr. Seuss' 'How the Grinch Stole Christmas' (1966 T.V. short film)"Christmas snow can never disappear completely. It sometimes goes away for almost a year at a time and takes the form of spring and summer rain. But you can bet your boots that when a good, jolly December wind kisses it, it will turn into Christmas snow all over again."- Santa Claus in 'Frosty the Snowman' (1950 T.V. short film)"God bless us, every one!"- Tiny Tim in 'A Christmas Carol' (2009)

"Every time you hear a bell ring, it means that some angel's just got his wings. Strange, isn't it? Each man's life touches so many other lives. When he isn't around he leaves an awful hole, doesn't he?"- Clarence Oddbody (the angel) in 'It's a Wonderful Life' (1946)"Always winter, never Christmas."- 'The Chronicles of Narnia: The Lion, the Witch and the Wardrobe' (2005)"If we don't fail sometimes, our successes don't mean anything. You must be strong."- Sister Mary Benedict (Ingrid Bergman) in 'The Bells of St. Mary's' (1945)"Oh, Christmas isn't just a day, it's a frame of mind ... and that's what's been changing. That's why I'm glad I'm here; maybe I can do something about it."- Kris Kringle (Edmund Gwenn) in 'Miracle on 34th Street' (1947)"Okay, this is extremely important. Will you please tell Santa that instead of presents this year, I just want my family back?"- Kevin McCallister (Macaulay Culkin) in 'Home Alone' (1990)"I want an Official Red Ryder Carbine-Action Two-Hundred-Shot Range Model Air Rifle!"- Ralphie (Peter Billingsley) in 'A Christmas Story' (1983)"Rats. Nobody sent me a Christmas card today. I almost wish there weren't a holiday season. I know nobody likes me. Why do we have to have a holiday season to emphasize it?"- 'A Charlie Brown Christmas' (1965)

George Bailey: What is it you want, Mary? What do you want? You want the moon? Just say the word and I'll throw a lasso around it and pull it down. Hey. That's a pretty good idea. I'll give you the moon, Mary.Mary: I'll take it. Then what?George: Well, then you can swallow it, and it'll all dissolve, see ... and the moonbeams would shoot out of your fingers and your toes and the ends of your hair ... am I talking too much?- 'It's a Wonderful Life' (1946)Frank Cross: "It's Christmas Eve. It's the one night of the year when we all act a little nicer, we smile a little easier, we cheer a little more. For a couple of hours out of the whole year we are the people that we always hoped we would be."- 'Scrooged' (1988)Buddy: We elves try to stick to the four main food groups: candy, candy canes, candy corns and syrup.- 'Elf' (2003)Linda Mason: My father was a lot like you, just a man with a family. Never amounted to much, didn't care. But as long as he was alive, we always had plenty to eat and clothes to keep us warm.Jim Hardy: Were you happy?Linda Mason: Yes.Jim Hardy: Then your father was a very successful man.- 'Holiday Inn' (1942)"Oh, life is like that. Sometimes, at the height of our revelries, when our joy is at its zenith, when all is most right with the world, the most unthinkable disasters descend upon us."- 'A Christmas Story' (1983)Henry Brougham: Tonight I want to tell you the story of an empty stocking. Once upon a midnight clear, there was a child's cry. A blazing star hung over a stable and wise men came with birthday gifts. We haven't forgotten that night down the centuries; we celebrate it with stars on Christmas trees, the sound of bells and with gifts. But especially with gifts.You give me a book; I give you a tie. Aunt Martha has always wanted an orange squeezer and Uncle Henry could do with a new pipe. We forget nobody, adult or child. All the stockings are filled ... all that is, except one. And we have even forgotten to hang it up. The stocking for the child born in a manger. It's his birthday we are celebrating. Don't ever let us forget that.Let us ask ourselves what he would wish for most ... and then let each put in his share. Loving kindness, warm hearts and the stretched out hand of tolerance. All the shining gifts that make peace on earth.- 'The Bishop's Wife' (1947)

Charlie Brown: Isn't there anyone who knows what Christmas is all about?Linus Van Pelt: Sure, Charlie Brown, I can tell you what Christmas is all about.Linus Van Pelt: Lights, please.Linus Van Pelt: "And there were in the same country shepherds abiding in the field, keeping watch over their flock by night. And lo, the angel of the Lord came upon them, and the glory of the Lord shone round about them: and they were sore afraid. And the angel said unto them, 'Fear not: for behold, I bring unto you good tidings of great joy, which shall be to all people. For unto you is born this day in the City of David a Savior, which is Christ the Lord. And this shall be a sign unto you; Ye shall find the babe wrapped in swaddling clothes, lying in a manger.' And suddenly there was with the angel a multitude of the heavenly host, praising God, and saying, 'Glory to God in the highest, and on earth peace, good will toward men.'"Linus Van Pelt: That's what Christmas is all about, Charlie Brown.- 'A Charlie Brown Christmas' (1965)"Yes! Yes I do! I like Christmas! I love Christmas!"- Ebenezer Scrooge (Reginald Owen) in 'A Christmas Carol' (1938)"Merry Christmas, movie house! Merry Christmas, Emporium! Merry Christmas, you wonderful old Building and Loan!"- George Bailey (James Stewart) in 'It's a Wonderful Life' (1946)"And may all your Christmases be white. Merry Christmas!"- Bob (Danny Kaye), Phil (Bing Crosby), Betty (Rosemary Clooney) and Judy (Vera-Ellen) in 'White Christmas' (1954)Joseph (Humphrey Bogart): "I'm going to buy them their Christmas turkey."Albert (Aldo Ray): "Buy? Do you really mean 'buy'?"Joseph: "Yes, buy! In the Spirit of Christmas. The hard part's going to be stealing the money to pay for it."- 'We're No Angels' (1955)"Christmas was on its way. Lovely, glorious, beautiful Christmas, upon which the entire kid year revolved."- Adult Ralphie as narrator (Jean Shepherd) in 'A Christmas Story' (1983)Mr. Parker (Ian Petrella): "Aaah! "Fra-GEE-leh!" It must be Italian!"Mrs. Parker (Melinda Dillon): "Uh, I think that says FRAGILE, honey."- 'A Christmas Story' (1983)"Christmas is just about my favorite time. Ever since I was a little kid, I always felt like it was my own personal holiday."- Ernest P. Worrell (Jim Varney) in 'Ernest Saves Christmas' (1988)Scrooge (Michael Caine): "Let us deal with the eviction notices for tomorrow, Mr Cratchit."Kermit: "Uh, tomorrow's Christmas, sir."Scrooge: "Very well. You may gift wrap them."- 'The Muppet Christmas Carol' (1992)Little Girl: Santa?Scott Calvin: Scott Calvin.Little Girl: How come your clothes are so baggy?Scott Calvin: Because Santa is ... watching his saturated fats.Little Girl: How come you don't have a beard?Scott Calvin: Because I shaved! You want this doll or not? Go back to sleep.- 'The Santa Clause' (1994)"Blast this Christmas music. It's joyful and triumphant."- The Grinch (Jim Carrey) in 'How The Grinch Stole Christmas' (2000)"First we'll make snow angels for two hours, then we'll go ice skating, then we'll eat a whole roll of Tollhouse Cookie-dough as fast as we can, and then we'll snuggle."- Buddy the Elf (Will Ferrell) in 'Elf' (2003)"You're skipping Christmas! Isn't that against the law?"- Spike Frohmeyer in 'Christmas With The Kranks' (2004)"Seeing is believing, but sometimes the most real things in the world are the things we can't see."- The Conductor (Tom Hanks) in 'The Polar Express' (2004)"That's what Christmas memories are made from, they're not planned, they're not scheduled, nobody puts them in their Blackberry, they just happen."- Kelly Finch (Kristin Davis) in 'Deck the Halls' (2006)Clyde (Kevin Spacey): "Where do you think you're going?"Fred Claus (Vince Vaughn): "Delivering presents."Clyde: "No you're not! Santa is the only one who can deliver the presents!"Willie (John Michael Higgins): "No, only a Claus can deliver the presents, and that is a Claus."- 'Fred Claus' (2007)"Charlie, stay away from those things. They're reindeer, you don't know where they've been. They all look like they've got key lime disease."- Scott Calvin (Tim Allen) in 'The Santa Clause' (1994)"The best way to spread Christmas Cheer, is singing loud for all to hear."- Buddy the Elf (Will Ferrell) in 'Elf' (2003)"Look, Daddy. Teacher says, every time a bell rings an angel gets his wings."- Zuzu Bailey (Karolyn Grimes) in 'It's a Wonderful Life' (1946)Mother (Maureen O'Hara): "Would you please tell her that you're not really Santa Claus, that there actually is no such person?"Santa Claus (Edmund Gwenn): "Well, I hate to disagree with you, but not only IS there such a person, but here I am to prove it."- 'Miracle on 34th Street' (1947)By Christina AndrewPublished: December 19, 2014Read more at Buzzle: http://www.buzzle.com/articles/famous-quotes-from-the-top-christmas-movies-of-all-time.html
บริการเรียนภาษา แปลภาษา และล่ามภาษา 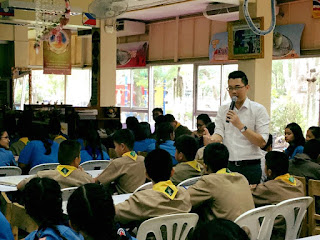 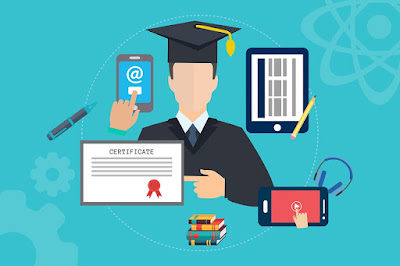 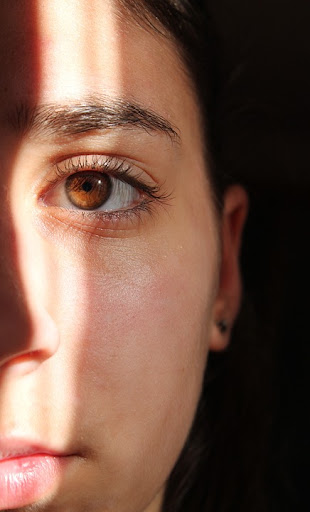